I was quite pleased with Pierre Mantoux’s quality on their Veloutine range.  So I decided to try their patterned tights and bought one from UK Tights.  The outcome didn’t go as expected though…

⊗ Texture coarse to the touch.
⊗ Easily snagged by other knitwear.
⊗ No product description online or on the rear cover.

The packaging is somewhat different to other Pierre Mantoux styles I reviewed before.  In brief, the tights is secured with a thin piece of cardboard.  This is then placed in a tri-fold cover also made of cardboard.  The name of the the brand and the sentence “Haute Couture des Jambes” is printed on the front cover.  The latter means “Haute couture of the legs”.  The rear cover only partially cover the back side, thus one can see the printed flowers straight away.  Finally, the name of the style, as well as an image of a model wearing it, is printed on a separate sheet of paper.  Since the tri-fold cardboard is non-specific, I would imagining Pierre Mantoux using it on other styles as well.

Neither official website nor the rear cover provide any description about the style.  I find this awkward, as one would have to solely rely on shop assistants’ advice.

The Rosalind are sheer tights in discreet sheen fashion.  It is sheer-to-waist.  The total length of the tights is 99cm when laid on a flat surface.  It features printed, realistic flowers on the front side of the legs from ankle to lower thigh.  These flowers are dark-coloured, between grey and black.  The texture of the tights is slightly rough to the touch.  The knitted waistband measures 1.3cm wide.  Immediately below the waistband is a 5.7cm wide fingerband.  The distance from the top of the waistband to the crotch is 26cm.  There is a gusset, and the toe section is reinforced.

The composition is 100% Polyamide.

In this particular style, Pierre Mantoux uses Roman numerals for sizing.  It ranges from 0 (smallest) to IV (largest).  I have included the size chart below.  Size III is used for this review.

Apparently there are two shades for this style: Multicolour and Bianco/Nero.  I bought the Bianco-Nero for this review.

The fit was slightly large.  After some research, I found I was mislead by the size chart UK Tights provided.  It has 5’7” instead of 5’8” for size M, of which should have given me a better fit.  Since it was not my size, the tights bagged around the knees as expected.  The envelopment was relatively loose on the legs.  This is especially the case on the lower calf and ankle.  This is perceivable as the tights do not contain any elastane and did not undergo boarding.  On the contrary, I found the waistband being pretty tight.  It didn’t sag or roll down though.

The floral prints are awesome.  They are clear to see, and the gradient of hue makes the flowers look alive!  To test dyeing quality, I soaked and hand washed the tights before writing this review.  I didn’t see any residual dye during the process. In addition, the nude background has a discreet sheen, which shines when exposed to direct sunlight.

The UK Tights website mentioned that the tights are 20 denier.  In a Japanese online retailer, it was listed as 8 denier.  Since there is no mentioning of the denier on the packaging, it was hard to say who is right or wrong.  In my experience, the style has an appearance and feel of between 10 and 15  denier.

I found a few snags already after unboxing, which took out my joy of trying out a pair of new tights.  What’s worse, I was in the moment of putting on a Wolford Fatal Top as a skirt to find the tights was snagged by the top’s fabric!  Yes, what you have just read was right, the tights were snagged by other knitwear.  This is something I have not encountered before.  I also tried jeans and cotton trousers.  I didn’t see any snags from these two fabric but there was a lot of friction.  In short, the tights could be one-time wear if you pair with wrong type of fabric!

The texture felt slightly coarse, like a very fine sandpaper or a person touching the skin with very dry hands.  Its breathability was good though.

Despite having beautiful print of flowers, I definitely would not recommend Rosalind due to its vulnerability to snag by other knitwear.  If you want to try it, do pair it with caution.

I bought the tights from UK Tights, which is priced at £23.99.  Presumably, you can also find it in other online retailers, as well as in physical shops. 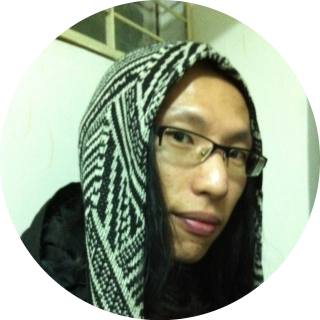